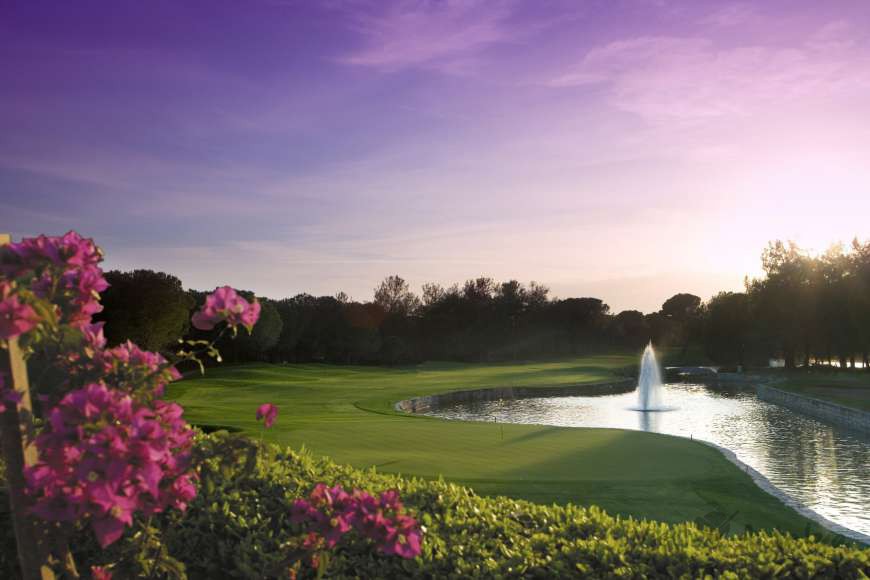 Since the opening of the National on 18 November 1994, the Club has become a popular tourist destination attracting golfers from all corners of the world and it has taken only six years to win international recognition in the year 2000 rankings of UK’s Golf World magazine as the number 42 and in the year 2001 rankings’ as the number 39  golf course in mainland Europe, in Germany’s Die Welt magazine as the number 9 golf course on the European Mediterranean coasts in 2000 and also, has been rated 16th  best golf course in the world by the readers of Germany’s Golf Journal magazine in March 2002 and 14 th  in 2003.

The 18 hole Championship Course, designed by Ryder Cup Player David Feherty and Seniors Tour Player David Jones, has played host to the PGA European Turkish Seniors Open in 1996 and 1997. The National is the first golf course in Turkey which has been developed with the guidance and in accordance with the standards determined by European PGA and is open to members and limited day visitors. Carved through a forest of eucalyptus and pine trees with the back-drop of the snow capped Taurus mountains and an abundance of natural lakes, the National  tests all abilities of  players.

The National offers something special for all levels of golfer.! For those just starting out there is a professional team of highly trained PGA Pros who will look after your swing. Following your lesson or game of golf, you can take advantage of  our 40 bay Driving Range, 2 chipping and putting greens and practice bunkers. The unique 9 hole Executive Course which suits any standard of golfer, with its wide tree lined holes and water coming into play on several of the tee shots. The Executive is an excellent  warm-up place of short games before your round on the Championship Course.

The both courses have been constructed by top American international constructors; and compliment extensive practice facilities and fully serviced Clubhouse. This, coupled with an international management team and PGA golf professionals, ensure that the National can rightly take its place as the leader in Turkish golf, and can put many traditional European competitors to shame.

At an inviting 5731 meters par 72, you may think that The Pasha would be a walk in the woods but don’t be fooled by the scenery. continue

The PGA Sultan Beckons the heartiest of golfers to tahe the par 71, 6477 metres challenge seriously. European Golf Design and David Jones spared nothing to... continue

An unforgettable experience awaits golf enthusiasts at The Montgomerie Maxx Royal, one of the most ambitious and largest golf facilities in the region of... continue